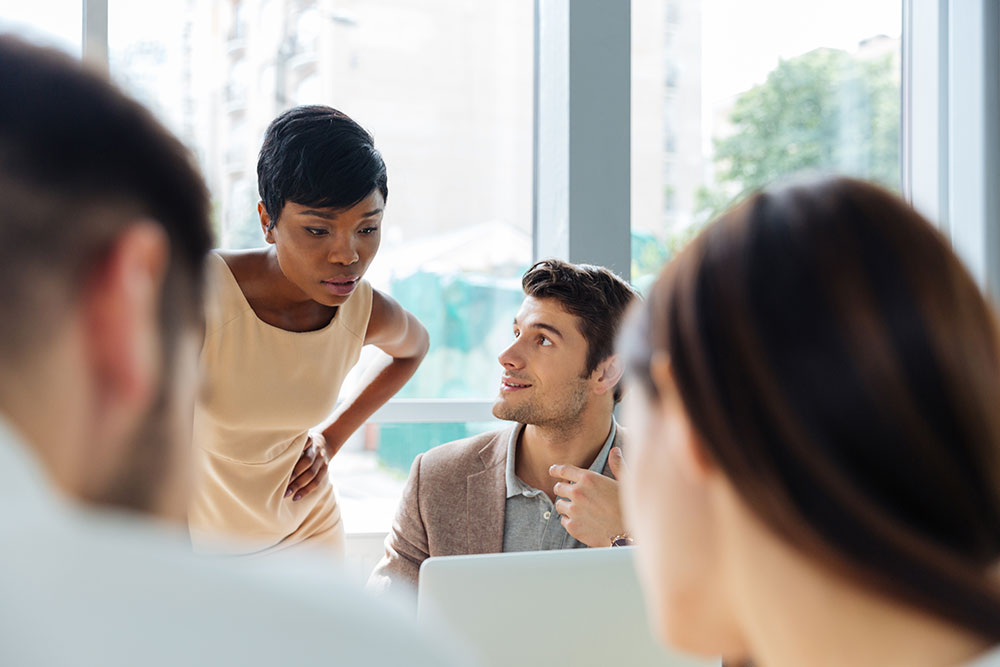 The following article was written by David Mason from Decision Wise. I felt it was worth publishing in its entirety.

Listen, I get it. Your employees have a good job that “most people in the world would die for. They’re only working 40 hours a week. They have healthcare. You’re matching their 401k contributions. You even PAY them for time OFF”.

This is the fault of the Millennials isn’t it? This is just one more example of this entitled, me-first generation infecting the workplace. Why don’t we just give everyone a trophy for showing up on time? Better yet, if they’re not happy, they should just get another job, right? Heaven knows in this economy, there are plenty of people who would be willing to take their place.

It’d be nice to help employees be engaged, sure, but it’s not necessary. Ultimately it’s the epitome of a first-world problem, an indulgent luxury, and a darn shame that we even need to address this softest of all soft skills.

If I gave you a choice between a sharp saw and a dull saw, which would you use to cut something? What about between a computer with more RAM and one with less RAM? Is there ever is a scenario where, all other things being equal, you don’t choose the better performing tool?

And if that’s the case, it should apply to employees as well, i.e. you would always choose the better performing employee. I shouldn’t have to make too strong an argument that an employee engaged in their work is going to produce better quality work than one who is not engaged.

Engagement isn’t a perk you trot out to entice potential recruits, or wield in lieu of bonuses. Engagement is a primary motivation, the state of existence in which employees operate. They’re going to be motivated by something; it might as well be the intrinsic nature of the job. Stop thinking of engagement as a perk and think of it more as a core cultural element.

But going back to that false dichotomy from earlier (the choice between an adequate employee and a great employee all other things being equal), all other things aren’t necessarily equal, are they? Generally, when choosing between a good tool and an adequate tool, you take a value/cost ratio into account. You might not need a top-of-the-line tool, just one that you can afford that still gets the job done.

2, Employee Engagement is a premium option, not the value one

My first car was a 1967 Mustang. It wasn’t in the best condition, but as a high school senior, it was the best I could afford. Or so I thought. Within two years, I had replaced a cracked head, the transmission, brakes, tyres, spark plugs, front shocks, front and rear speakers, as well as changed the axle alignment and installed a shoulder strap for my seatbelts. Turns out, I could have bought a car that was 3 years old instead of 30 and I would have spent about the same amount of money and spent much less time on my back in the garage.

It’s good to be cost-conscious. And you can do it two ways: spend less money upfront, or invest in something that will save money over the long haul. It really depends on your business model which one you choose for employees.

If you have a model that burns through employees really fast and wouldn’t benefit from keeping them around, by all means eschew investing in engagement.

However, reality quickly sets in and reminds us that most companies don’t have that “luxury.” And, even if they did, organisations have a moral responsibility to create a good working environment. So, if you think that “just maybe” it would be better to have employees that work harder, for a longer time, and for less money too, maybe you should stop throwing money away and invest in helping people engage. And here’s the kicker – it doesn’t take a lot of money (often, none at all) and the investment in creating a culture of engagement becomes self-perpetuating to the point that it stops being an active investment, and turns into muscle memory.

3) Employee Engagement is only for people in cushy jobs

Is your job (or that of your employees) too taxing to worry about engagement? Are long hours, dangerous working conditions, or simply a miserable environment creating a workplace that skews closer to needing a survival mentality than an engaged one? For the answer to this one, I turned to my friend Stephanie, who served two years in the Peace Corps.

Has it ever been too hot to sleep and so you took a walk at night and got attacked by a camel spider? Had your spouse almost die from a scorpion sting? Been mugged on the job? Stranded in the desert without food or water? Had to go into lockdown because an armed militia wanted to kidnap your students? Known exactly what those lockdown procedures were because this happens so often?

“What?!” you’re probably saying right now “you can’t just throw that in without any explanation!” You’re right. Let’s do a quick thought experiment, if I gave you a choice between two jobs where one of them was fun and one of them was fun but helped feed hungry children, would you work for less to do the more meaningful job? This is how jobs like “teacher” and “social worker” and “mom” get away with paying so little.

The point isn’t to play “Whose job is the hardest?” (She wins), but rather to point out that even in the most extreme circumstances, you can find engagement. “I can’t say every day was joy-filled. But I can definitely say I loved it,” she told me. “There were awesome moments, such as a student teaching me Chichewa through us singing together as we watched the sun set or thwarting a pretty awful, corrupt public official. But also a general awesomeness that wasn’t about any specific moment.”

Engagement is possible in any job condition because it’s not about the environment alone but, rather, the person in the environment. In fact, it’s probably even more crucial when the environment is dangerous or difficult or tedious because otherwise what motivation keeps them around?

And that’s why this last point is so important…

When it comes to survival, literal or figurative, most would say employee engagement is not a priority investment. Not to say it wouldn’t help, but as I said earlier, it has the reputation as a perk, a soft squishy management tactic, and something only companies with more money than sense would throw resources at. So yes, employee engagement training tends to come across like a luxury – a “less expensive version of a company yacht.” Right? Not so fast.

One of the quickest of quick wins in business is correcting this misperception. Being a skill in which you can train is actually employee engagement’s strength because it means ANYONE CAN GET BETTER AT IT! I know because I’ve seen it hundreds of times. And the best part is any amount of investment will show dividends. You can’t say that about a ping-pong table in the break room. Rather than thinking about employee engagement as a frill, it should be considered an essential component of unlocking your company’s full potential.

Employee engagement, at its most basic, is just making life a more fulfilling experience. It’s not a waste of time but rather a more efficient use of it! Wanting to be engaged is a natural part of the human condition and, therefore not exclusive to any one type of person or job.

At Brownie Points we help our clients maximise their staff engagement. To learn more, call us today on 03 9909 7411 or email us for more information at info@browniepoints.com.au